skip to main | skip to sidebar

Nils’ last bloodtests in The Netherlands were not fully satisfactory. But since we have our flights booked, we are leaving for Trinidad as planned on March 12th.
5 days later we are under sail, on our way to Dominica. There we have new bloodtests done and the results are positive. More important, Nils himself is feeling well!


We are very, very happy that we can again live the life we have choosen.
Of course our plans are changed, the Panama channel is no longer planned for this year, but it is on the agenda for next year, januari 2013.
IF there is not something else more important…..

After quite some discussions, the very expensive tablets to treat Leishmaniasis finally arrive the 8th of February. The tablets make him quite sick and only with the help of anti-vomitting capsules he is able to keep them insite. In addition he picks up some nasty flu viruses, that make him cough and sleep long, long hours.

After 2 weeks blood tests reveal that his kidneys are having a hard time, cleaning all the remains of the tablets. Fortunately, drinking lots and lots of water and fluids appear to solve that problem.

The good news is that the tablets work well against Leishmaniasis, Nils' hand is now healed and the swellings have disappeared.

Our flights back to Trinidad are booked for the 12th of March! We are very much looking forward to go sailing again. 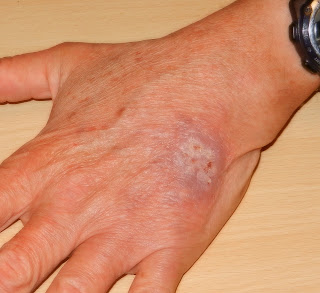 After more then 20 days of endless waiting, the laboratory finally found the type of Leishmaniasis. It is the Viannia complex. The subtype could not be identified, but it is most likely Braziliensis. This type definitely needs treatment, since according to Wikipedia “after healing there is an asymptomatic phase for three to twenty years. At this time, the parasite causes oral and nasal lesions causing severe damage to the mucus membranes.”
The treatment requires Nils to take tablets daily for 4 weeks. If it all goes well, he may be allowed to take the last week or so in Trinidad. Since the tablets need a week to be delivered, we need to stay here for another month at least.

Fortunately Nils’ hand looks a lot better, the wound is healing well, see to the left. Now we just hope that he doesn’t get too sick from the tablets and that all the parasites are going to be killed. According to Wikipedia the chance for success is over 90 %.

12 jan 2012: Leishmanisis confirmed
Upon arrival in the hospital on the 6th of January, we are told the good and bad news: The good news is that there they now have a diagnosis, the bad news is that indeed it is Leishmaniasis. The slow but very specific DNA test confirmed this.

The next step is to determine the type of Leishmaniasis; this will take another 10 days or so. Then a treatment needs to be decided and the “chemicals” for the treatment need to be ordered, which takes another week. The treatment itself may take 2-4 weeks at least, depending on the type of Leishmaniasis found, so we are not back in Trinidad any time soon.
Fortunately Nils’ hand is not painful and the wound is slowly getting smaller and better. The spots on his arm are still there but less red, nothing too much to worry about.
We now live in a small holiday home, close to family and friends, enjoying their company. We are making the best of our time here, exploring our own country, even in the cold and rain!

Nils left Trinidad 21 of December after a clear advice from the dermatologist in Trinidad. The growing wound on his left hand looks very much like Leishmaniasis. Treatment may easily take 6-10 weeks and can better be done in the Netherlands. On his arrival day he already has an appointment in the specialized Harbor Hospital in Rotterdam. They confirm the likely diagnosis and take a biopsy. On the 30th of December the results of this biopsy are a surprise: no Leishmaniasis is found!!
In the mean time the wound on his hand looks much better. It gets slightly smaller and even starts healing. Another treathening spot close to his wrist is also looking better. However there are still big read spots on his left arm, which seem to be growing. The doctor examines these spots carefully, asks a lot of questions, consults a colleague and takes pictures for further discussions with other specialists, because they really do not know what it is...
Today, 3th of January 2012, we were called by the hospital; they want to do further investigations and need more samples for biopsy. So we expect to be here for a few more weeks, since it would be good to know these results before we return to the Pélagie in Trinidad.
Fortunately the red spots on Nils'arm do not seem to grow, so maybe Nils is mastering this illness, whatever it is, on his own. 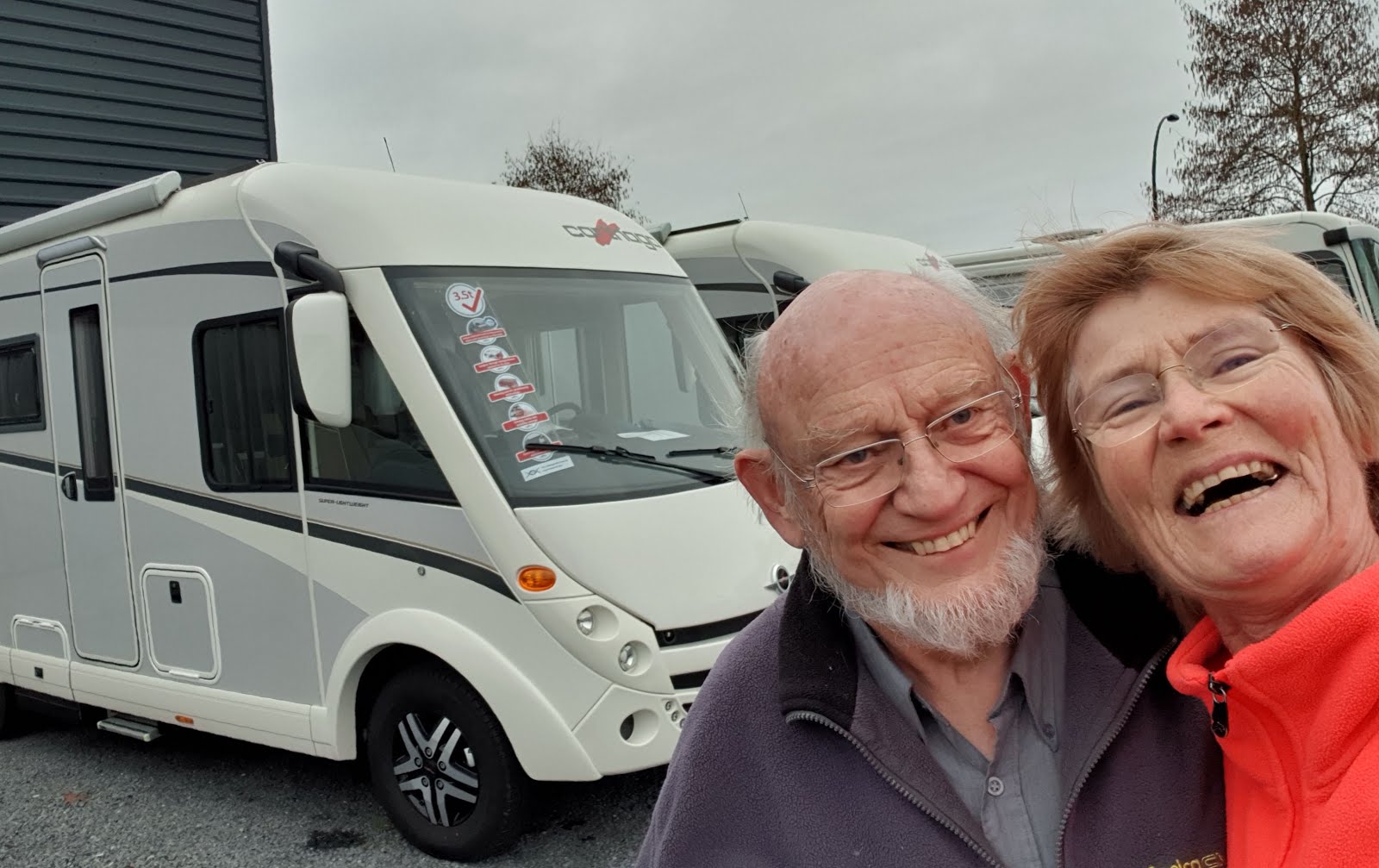 For our Non-Dutch speaking Friends


Sunday June 10th 2012 at half past seven in the evening the Dutch sailing vessel the catamarans Pélagie was entered by
4 armed men, demanding money.
They forced us to hand over all the money in our wallets and in the bedroom below. They searched the Pélagie and took all our PC's, camera's, portable VHF. They cut and took all ropes visible in the cockpit. They collected and took clothes, torches, glasses and jewelry. They went over to the second catamaran and took money and a photocamera.